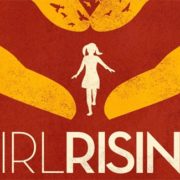 Commit Works is a proud sponsor of the Girl Rising Cocktail Charity Event on 17 August 2018 at Brisbane’s Story Bridge Hotel.

Girl Rising is a global campaign for girls’ education and empowerment, which uses storytelling to create change.

The single best way to end global poverty is to educate girls. Yet, millions of girls are missing from classrooms, facing barriers that boys don’t, including:

Girl Rising began in 2013 when a team of former journalists released the film Girl Rising, which showcases girls from around the world affected by the power of education – or lack thereof.

Today, through mass media campaigns and community-led partnerships, Girl Rising uses storytelling to inspire girls to create a different future and to create transformational change in the way girls are valued.

All funds raised at the cocktail event go directly towards an upcoming Girl Rising campaign in Guatemala, which will work with non-government organisations to deliver programs and create new films educating third-world communities to empower girls in refugee situations.