Everyone Has a Plan Until They Get Punched in the Mouth 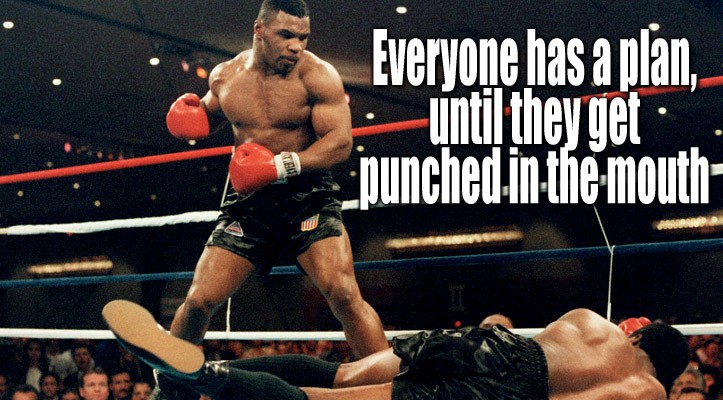 When Mike Tyson was asked by a reporter whether he was worried about Evander Holyfield and his fight plan he answered; “Everyone has a plan until they get punched in the mouth.”

What Tyson said is similar to the old saying “no plan survives first contact with the enemy”. But does this mean that there is no need to plan? Absolutely not.

Holyfield was no doubt smarter and more strategic than Tyson (hard not to be), but was Tyson right? Tyson was a brawler, awesome at powerfully fighting his way out of a corner and landing devastating blows. Could Holyfield have planned to have half of his ear bitten off? How did he respond to Tyson’s unpredictable nature.

Holyfield won. Despite the massive 15/2 odds against him. He won. However had he blindly followed his plan when things had changed he may not have. The question is how you adapt your plan when you get punched in the mouth. There are two key things here

To bring this back to the workplace. If you’ve created a detailed work plan for your team that fully utilizes your people and equipment and key people call in sick or a machine breaks down. What do you do?

Both Tyson and Holyfield were right, plans shouldn’t survive the first punch in the mouth but you need one in the first place to be able to adapt it for changes in reality…

“Victorious warriors win first and then go to war, while defeated warriors go to war first then seek to win” Sun Tzu, the Art of War.

So, be like Holyfield, put a plan together in sufficient detail to “win first” but ensure you can adapt this plan so that one “punch in the mouth” does not result in defeat. Holyfield won with a TKO in the 11th round after Tyson tried to bite his other ear.

Some things you just can’t plan for! 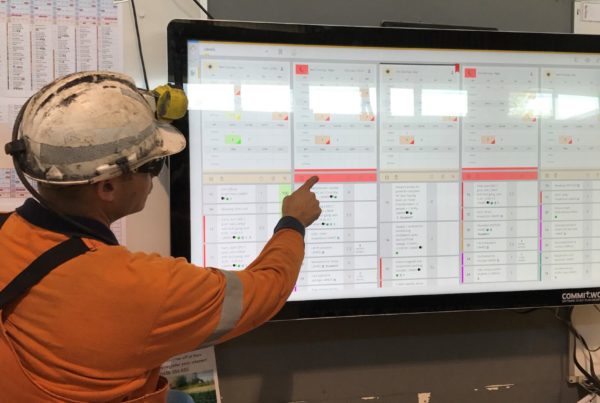