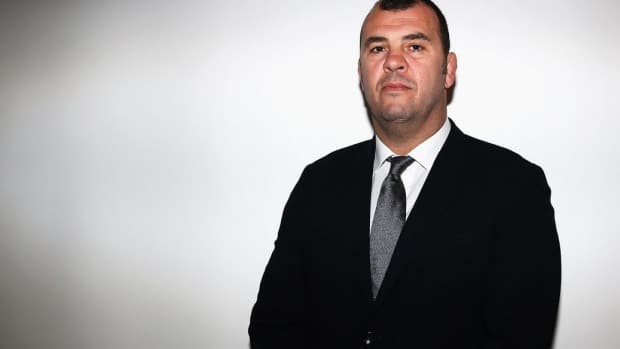 Big challenge ahead for this dressmaker turned star coach. I like his style, down to earth, straight shooting, full of passion for the game and all about building pride and commitment through shared hard work.

Man in the middle: New Wallabies coach Michael Cheika
The decision of Michael Cheika to accept the Wallabies coaching job was motivated by the chance to force a change for the better rather than “throw eggs” at the game in the wake of the events that led to Ewen McKenzie’s resignation.

Cheika, who signed a three-year deal on Wednesday morning that will allow him to also coach the Waratahs in his third season, realises the enormity of the challenge facing him, with the Wallabies due to leave for their European spring tour on Friday.

He is also taking over a side that while having shown vast improvement under McKenzie’s tenure, which ended on Saturday after their one-point loss to the All Blacks in Brisbane, has had to ride out a storm of controversy surrounding Australian rugby.

The issues range from the alleged distribution by Kurtley Beale of lewd text messages about former Wallabies business manager Di Patston, Beale and Patston’s in-flight argument while flying to Brazil, after which Patston resigned, McKenzie’s handling of the dispute that saw Patston return to Australia early and later quit her job, prompting reports of players losing confidence in McKenzie, and criticism of ARU chief executive Bill Pulver and the ARU board of their handling of it all.

Asked on Monday if he felt like he was diving into muddy rather than deep water by accepting the Wallabies job at such a turbulent time for Australian rugby, Cheika said: “Here is probably a one-off opportunity for me to get involved or to actually try to make a difference in my own way, as opposed to sit on the sideline and throw eggs.

“[I want to] get in there and say, ‘Let’s see if I can make a difference and put a smile on peoples’ faces when they are watching the game.’ There was no hesitation in me …

“It’s the opportunity to coach a country. It’s a little different to a club team … it’s just the right timing.”

Cheika has little time to think about whether he made the right choice or not, with the Wallabies flying to London on Friday afternoon for their five-game tour, which includes a game against the Barbarians and Tests against Wales, France, Ireland and England.

“I am going to have to work hard and learn quickly but I am up for the challenge,” said Cheika, who promised, as he did with the Waratahs: “Any time I am involved with a team, it’s expected that supporters are proud of their efforts every time they play.”

Cheika lauded the work and progress McKenzie had made with the Wallabies, despite the stormclouds of controversy circling around them.

“It would be remiss of me not to acknowledge Ewen as well,” Cheika said. “In the mid ’80s we played together for Randwick, and he’s done a lot for Australian rugby.”

Cheika would not comment on the future of Beale, who faces an ARU code of conduct tribunal on Friday over the alleged text message incident committed in June.

Cheika has developed a close relationship with the Waratahs star, but said at his appointment as Wallabies coach on Wednesday: “I don’t want to prejudice anything.”

Cheika faces a mountain of short-term plans, foremost among them getting to know the non-Waratahs in the 33-player squad he has adopted.

The squad includes three changes to the one that prepared for last Saturday’s Test – the return from injury of Matt Toomua (head knock) and Ben McCalman (shoulder), and the inclusion of Rebels back-rower Sean McMahon for Scott Fardy, who on Tuesday had surgery in Canberra for a knee injury.

He also has to implement his game plan, but indicated he would not make major changes because of the short time frame and changes in the coaching team set-up.

Joining Cheika will be Waratahs assistant Nathan Grey. ARU general manager of pathways and performance Ben Whitaker will tour as manager, with a full-time appointment for the role to be made after the tour.

A key element to Cheika’s Wallabies appointment has been to broaden the input from the other Australian Super Rugby franchises. Asked to join the Wallabies tour were head coaches Stephen Larkham (Brumbies) and Michael Foley (Western Force) who were unavailable.

It is understood he also approached Richard Graham (Reds) who was also unavailable due to the Reds’ pre-season priorities that include helping new recruits James O’Connor, Karmichael Hunt and Kiwi Adam Thomson adapt

Getting Organised for Safety & Productivity 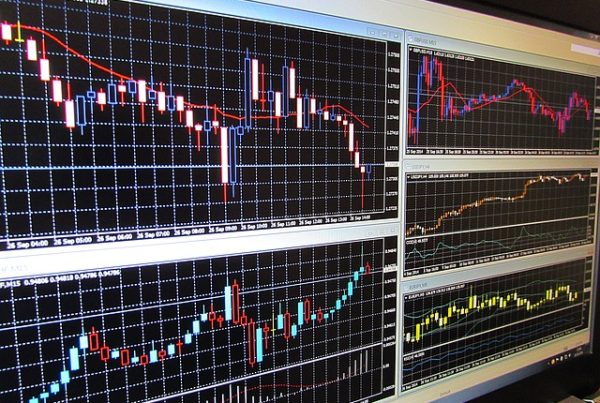